D) summing up the main achievements of Sharma’s climbing career

What was Sharma’s attitude on completing Realization?

A) He considered it an important event in his career.

B) It taught him everything he needed to know about climbing.

C) He regretted his decision to attempt it.

D) It encouraged him to enter a competition.

What does Sharma say about his life after Realization?

A) He was afraid to do any more difficult climbs.

B) He found the attention he received hard to deal with.

C) He wanted to make some new friends to climb with.

D) He wanted to meet people who shared his experiences.

What does Sharma say about his recent involvement in climbing?

A) He is thankful that he is still fit enough to climb.

B) He would like a contract with a large sports company.

C) He is grateful for the support he gets from other climbers.

D) He intends to do more interviews for climbing magazines.

Which of the following is Sharma most likely to say about himself? 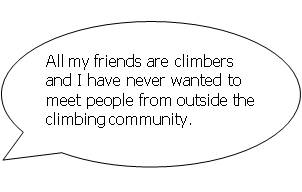 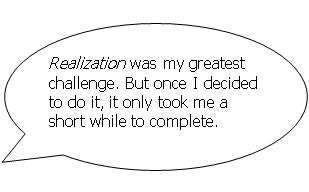 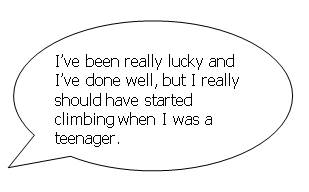 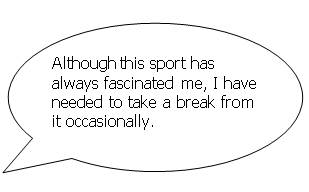 Traffic in the Park

The Peak District National Park is one of the most beautiful places in Britain but, at certain times of the year, a trip to the countryside can become a stressful and unpleasant experience. The Park Authority receives more letters complaining about being held up in traffic than on any other matter, and the increase in traffic – from visitors, local people and from vehicles passing through – is preventing people from enjoying the Park. Over the last 15 years, traffic has grown by 60 per cent and it is believed that the level will rise even more.

Martin Doughty, chairman of the Park Authority, said, 'If we don't do something now, it'll get much worse. The Park's a special place and most people agree that it shouldn't be spoilt by pollution. But we also realise that cars are essential for many people. We're not going to prevent cars from coming into the Park but we have to find ways of managing the problem. One possible step is to stop unnecessary traffic from passing through here – we want cars and lorries to stay on the motorway. Another step is to improve public transport. We're re-opening a local railway line and we hope to persuade people to come to the Park, and to travel around it, by bus, coach or train.'

Why has the writer written this text?

A) To request money to improve public transport in the Park.

B) To complain about the poor condition of the Park's roads.

C) To persuade visitors to walk instead of bringing their cars.

D) To show people how serious the Park's traffic problem is.

What would a reader learn from the text?

A) Which type of vehicle causes the most pollution in the Park.