B) How the traffic situation in the Park could be improved

C) Which roads in the Park have the worst delays.

D) How fast it is to travel to the Park by train.

What does Martin Doughty say about the situation in the Park?

A) Most traffic jams inside the Park are caused by lorries.

B) Pollution is reducing the number of visitors to the Park.

C) It would be unfair to stop people using cars in the Park.

D) The Park Authority needs to build more roads through the Park.

What does the writer say about traffic in the Park?

A) The number of cars changes very little from month to month.

B) Most of the vehicles are owned by local people.

C) Traffic levels are not expected to get any higher. 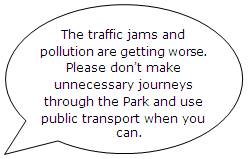 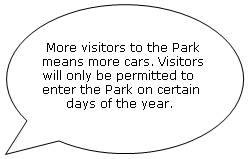 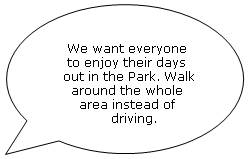 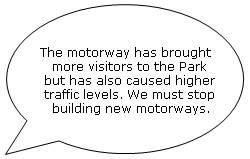 What did Lilian Gibbs notice about the trees in the forest?

A) Many had been planted to provide food.

B) Some had empty space around them.