Compare efficacy of low-molecular and polymeric RAFT-agents for control of molecular-mass characteristics of polymers. Draw appropriate equations and graphs. 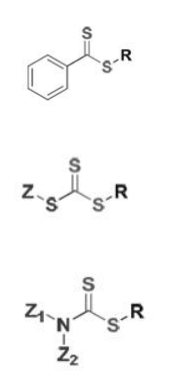 · May cause retardation under high concentrations

In a RAFT system, the important parameters are ƒ

Choice of the RAFT agent depending upon the monomer to be polymerized, ƒ

A high ratio of RAFT agent to initiator consumed, and ƒ A low radical flux during the polymerization.

Choice of RAFT agent: The RAFT agent must be chosen such that its chain transfer activity is appropriate to the monomer to be polymerized. The electronic properties of the activating (Z) group and the stereo electronic properties of the leaving (R) group determine the chain transfer activity of the RAFT agent. The Z group in the RAFT agent must be chosen such that it activates the double bond towards radical addition, but at the same time not provides a too great stabilization influence on the intermediate radical. The R group should be a good leaving group, relative to the radical of the propagating species, and should also preferentially reinitiate the polymerizations

Alkoxyamine unimolecular initiators: SFRP systems can be initiated in two different ways. Conventional radical initiators can be used in the presence of persistent radicals. Alternatively, dormant species can be prepared in advance and used as unimolecular initiators or macro-initiators for block copolymerization. The structure of these species is based on the alkoxyamine functionality generated at the chain end during NMP. The thermally unstable C–O bond decomposes upon heating to give the initiating species. These well-defined unimolecular initiators permit much better control over polymer molecular weight and architecture than the aforementioned nitroxide persistent radicals used in conjunction with free radical initiators. The exploitation of alkoxyamines was originally limited by a lack of efficient synthetic procedures for their preparation, procedures that often resulted in low yields and a wide range of byproducts.

However, several versatile techniques have since been developed that involve the controlled generation and trapping of carbon centered radicals, including single electron transfer reactions associated with ester enolates and enolate anions. Another simple method involves halogen abstraction from alkyl halides by a Cu catalyst via atom transfer radical addition, and subsequent trapping of the alkyl radical by an excess of nitroxide persistent radical.

Metallic polymers exist both as ionic and radical polymers. 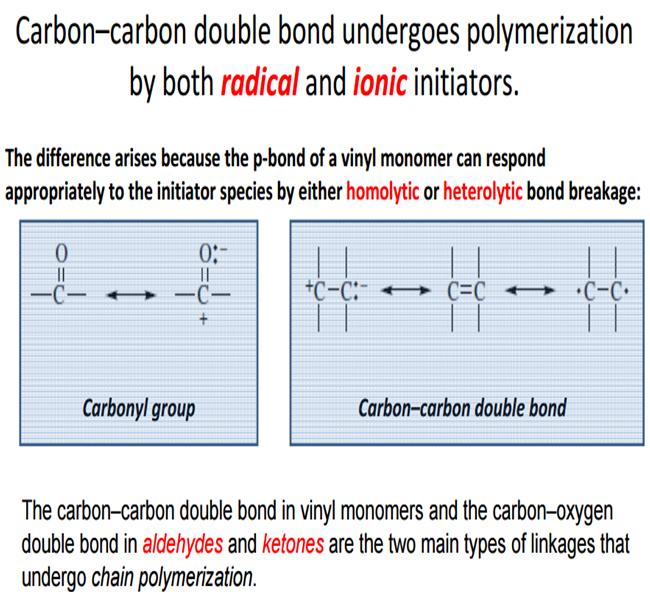 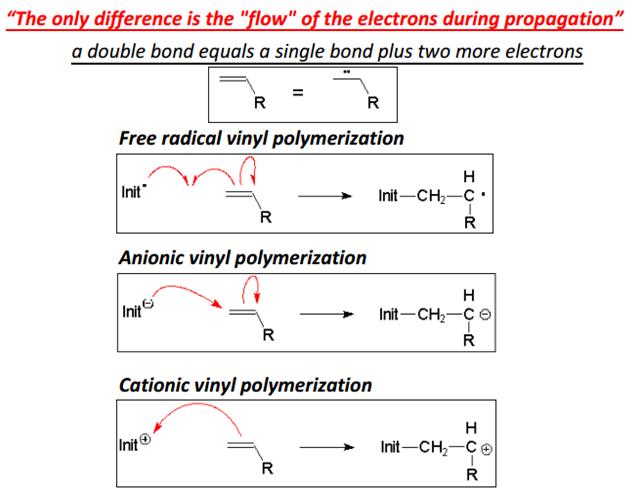