III. Focus on these words. Why are they important in the text?

IV. Ask and answer the questions about these international awards in pairs (or groups). Ask for more information.

Group A (or Student A)

What are the most prestigious awards in Mathematics?

Is the Fields Medal a direct analogue of the Noble Prize?

What are the conditions of the Fields Medal award?

What achievements have the Fields Medalists been awarded for?

Is the Fields Medal intended to be an encouragement for further achievement?

Group B (or Student B)

Is the Abel Prize presented every four years?

Is this prize named after German mathematician?

What is the amount of money that comes with the Abel Prize?

What institution declares the winner of the Abel Prize after the selection by a committee of five international mathematicians?

Is this award an attempt to make Mathematics more prestigious discipline?

DO YOU KNOW THAT…

- In 1954, Jean-Pierre Serre became the youngest winner of the Fields Medal at the age of 27. He still retains this distinction.

- The Fields Medal winner is given the medal. This medal was designed by the Canadian sculptor R. Tait McKenzie.

On the obverse there is Archimedes and a quote attributed to him that is in Latin: ‘Transire suum pectus mundoque potiri’ (Rise above oneself and grasp the world). On the reverse is the inscription in Latin which is translated into English: ‘Awarded to Mathematicians gathered from the entire world for their outstanding writings.’

In the background, there is the representation of Archimedes’tomb, with the carving illustrating his theorem on the sphere and the cylinder, behind a branch. (This is the mathematical result of which Archimedes was reportedly most proud: Given a sphere and a circumscribed cylinder of the same height and diameter, both the ratio between their surface areas and the ratio between their volumes are equal to 2/3.) The rim bears the name of the prizewinner.

- The Wolf Prize is an international award that has been presented most years since 1978 to living scientists and artists for ‘achievements in the interest of mankind and friendly relations among peoples ... irrespective of nationality, race, colour, religion, sex or political views.’ The prize is awarded in Israel by the Wolf Foundation, founded by Dr. Ricardo Wolf, a German-born inventor and former Cuban ambassador to Israel. It is awarded in six fields: Agriculture, Chemistry, Mathematics, Medicine, Physics, and an Arts prize that rotates between architecture, music, painting and sculpture. Each prize consists of a diploma and US$100,000.

- Mikhail Leonidovich Gromov is a Franco-Soviet-Russian mathematician known for important contributions in many different areas of mathematics. He is considered a geometer in a very broad sense of the word. He was awarded by the Wolf Prize in Mathematics in 1993 and the Abel prize in 2009 ‘for his revolutionary contributions to geometry’. 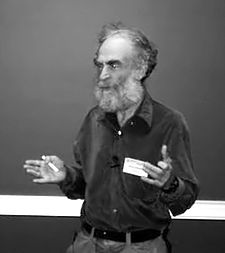 - The Millennium Mathematics Project (MMP) was set up within the University of Cambridge in 1999 as a joint project between the Faculties of Mathematics and Education. The MMP aims to support maths education for pupils of all abilities from ages 5 to 19 and promote the development of mathematical skills and understanding, particularly through enrichment and extension activities beyond the school curriculum, and to enhance the mathematical understanding of the general public. The project is currently directed by John Barrow.

- Plus Magazine is a free online maths magazine for age 15+ and the general public. In 2004/5 Plus attracted over 1.3 million site visits (more than 31 million hits). The site won the Webby award in 2001 for the best Science site on the Internet.

- The Motivate video-conferencing project links university mathematicians and scientists to primary and secondary schools in areas of the UK from Jersey and Belfast to Glasgow and inner-city London, with international links to Pakistan, South Africa, India and Singapore.

- Thesaurus.maths.org is a thesaurus of school and undergraduate mathematics.

V. Compare the major awards in Mathematics with the Nobel Prize by using like (similar to) or unlike (different from) in the sentences.

1. ____ the Nobel Prize the Fields Medal comes with the monetary award.