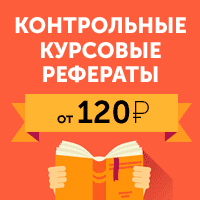 Computers are part of our everyday lives. They have an effect on almost everything you do. When you buy groceries at a supermarket, a computer is used with laser and barcode technology to scan the price of each item and present a total. Bar coding items (clothes, food and books) requires a computer is used with laser and barcode labels and maintain the inventory. Most television advertisements and many films use graphics produced by a computer. In hospitals, bedside terminals connected to the hospital’s main computer allow doctors to type in orders for blood tests and to schedule operations. Banks use computers to look after their customers money. In libraries and bookshops, computers can help you to find the book you want as quickly as possible.

Working with IT. In technologically developed nations, computers and computer technology have become a part of everyday life. You encounter computers, or the implementation of computer technology, in virtually every home, workplace, and in the modern service industry.

Home Computing. There are many reasons why you might want to have a personal computer, in your home. You can use a PC to work at home, as a personal organizer, to do your household accounts, play games, surf the World Wide Web, use e-mail, create music, and pursue a range of other hobbies.

Computing at Work. In many cases, computers can be better suited to carrying out certain tasks than humans. For example, in assembly-line industries, where attention to detail, speed, and efficiency are important, automation is becoming more and more commonplace.

Mainframe computers are mostly used by government agencies, since their computers need to be powerful, as the amounts of data, such as census results or cultural statistics, tend to be extremely large.

Many educational institutions provide internet access for students. Students can the study material that would be difficult to find otherwise. They can also exchange views and information with similar interest groups worldwide.

Tele-working allows you to work from home, away from the office, or in transit. At home, you don's have to worry about lengthy commute times or traffic jams, or unexpected delays.

You can have access to your company's resources with a few clicks of your mouse. If you're away from the office, you can read your e-mail and still respond in a timely manner. If you're transit, on a plane or train, you can still accomplish your company's assignments.

Everyday Computing. In recent years computers have become more and more a part of everyday life. For example, computers can be found in shops, doctors' surgeries, banks, and libraries.

Computers in a doctor's surgery can be used to record individual patient's details that can be accessed quickly and easily. Doctors can access database information and CD- ROMs, or surf the World Wide Web, to find out about new medications, medical hardware, and techniques.

Computers are an essential part of the modern banking process. All data to do with a customer's transactions is recorded by computers. Costumer's can use telecommunication links, such as the telephone or the internet, to carry out cash transactions.

Many libraries have computer systems where each book has a bar code associated with it. This makes it easier for the library to keep track of loans, and to retrieve information on the location and availability of a specific book, the author, and when and where the book was printed.

Computers are used extremely in large -scale business operations. Airlines use large- scale computer applications for their reservations system, both in the airports and in central reservations call-centers.

There are large-scale computer applications in hospitals and the healthcare industry.

Hospitals also use computers with specialist surgical equipments and to monitor patients' conditions during complex surgery. Healthcare manufacturing companies use computers to aid the production of diagnostic tools and instruments.

Computers are widely used in schools, colleges and other educational environments. Most second-level schools provide computer classes as part of the curriculum.

Universities and other third level educational institutions use computers for student registration, timetabling systems and exam results. As well as the computer students in colleges, students of all disciplines need to use computers for projects and typing reports.

A computer is an electronic system that can be instructed to accept, process, store, and present data and information. It is made up of two component parts: hardware and software.

– Hardware is a general term for the physical components that make up a computer system, for example keyboard, mouse, monitor, processor, circuit board and so on.

– Software is a general term for the programs that control the computer system. Software is any set of instructions that tells the hardware what to do and how to do it.

There are two types of software:

-applications software: programs that allows the user to do specific tasks, e.g.

A 'keyboard' is a human interface device which is represented as a layout of buttons. Each button, or key, can be used to either input a linguistic character to a computer, or to call upon a particular function of the computer. They act as the main text entry interface for most users. Traditional keyboards use spring-based buttons, though newer variations employ virtual keys, or even projected keyboards. It is typewriter like device composed of a matrix of switches.

A computer mouse is a pointing device (hand control) that detects two-dimensional motion relative to a surface. This motion is typically translated into the motion of a pointer on a display, which allows a smooth control of the graphical user interface.

Physically, a mouse consists of an object held in one's hand, with one or more buttons. Mice often also feature other elements, such as touch surfaces and "wheels", which enable additional control and dimensional input.

In computers, a monitor is a computer display and related parts packaged in a physical unit that is separate from other parts of the computer. Notebook computers don't have monitors because all the display and related parts are integrated into the same physical unit with the rest of the computer. In practice, the terms monitor and display are used interchangably.

A printer is a device that accepts text and graphic output from a computer and transfers the information to paper, usually to standard size sheets of paper. Printers vary in size, speed, sophistication, and cost. In general, more expensive printers are used for higher-resolution color printing.

DVD-RW Drives are DVD Drive that has the ability to record on a ReWritable DVD. Depending on the drive they can also write DVD-R media as well.