IV. Demonstrating comprehension by listening to instructions and drawing a picture. Explain what you have drawn.

Draw a large circle in the centre of the page. Below this, draw a square which is about half the width of the circle and the same distance from the circle. Draw a line to connect the top, right corner of the square with the far right edge of the circle.

Now do the same on the left side. In the top right corner of the page, there is a smaller circle. Three short lines are pointing away from the circle, but not touching it. What have you drawn?

THE LANGUAGE OF MATHEMATICS

I. Look at this map carefully and then describe the main properties of this language.

A. Say the well – known Pythagorean Property in words and then use symbols to represent it.

B. Explain why mathematicians prefer to use symbols instead of words to represent this Property.

I. Use this mind-map to speak about Statistics and its application. Add more information.

II. Read and analyze graphs that are commonly used in Statistics (Work in pairs).

1. Line graphs are useful in showing changes and trends (general tendencies or directions in the way a situation is changing or developing) involving quantities or amounts over time. It is important to look at the overall pattern on a line graph as well as at the significant features within it.

A. What information is being shown in the graph below? 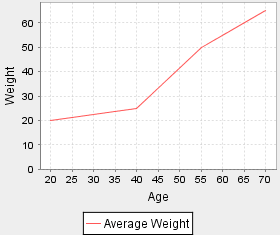 B. Here are two simple descriptions of the graph:

The weight of this person has risen. OR

The graph shows an increase in the weight of this person.

С . Here are some words and phrases to help you describe trends:

D. Using some of the words and phrases above, describe the pattern in the

2. Pie Charts: A pie chart is a type of a circle graph normally used to show the relationship of each part to the whole. The whole quantity depicts entire sample space and the pieces of pie in the circle graph are called sectors. Rank the percentages from the greatest to the least.

Look at this pie chart below and read some information presented in it. For example: Two students out of six (in group) live in Дonetsk. This numbers 40 % out of 100 %. 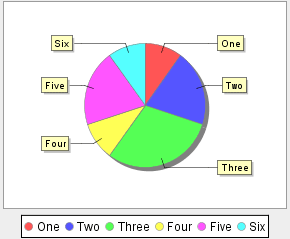 3. Bar Charts: This is a type of chart, which contains labeled horizontal or vertical bars showing a piece of information. The numbers along the side of bar graph compose the axis. This is also called a histogram; Bar Graph is useful when there is a numerical comparison. When analyzing information in a line or bar graph, note time periods and increases or decreases in amounts. 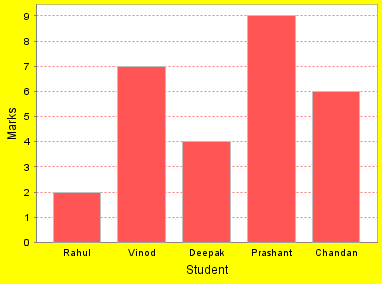 Look at the bar chart above and make some factual statements about the data. Try to use the following structures:

Number (e.g. one out of five students has got …

Percentage (e.g. 50 per cent of) students are good at solving …

General (e.g. the majority of / a large number of/ most / very few/ hardly any) students cope with solving…

4. Area Graphs: These graphs are used to show how something changes with respect to time. An area graph shows the contribution of each data series in the form of a picture.

Look at the graph below and make some factual statements. For example:

During the fall semester two students, Prashant and Santosh, are constantly improving their knowledge in Maths. Their marks are the highest ones. 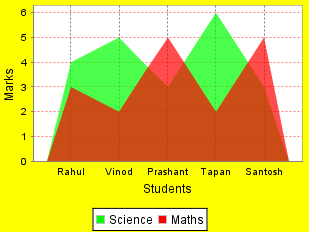 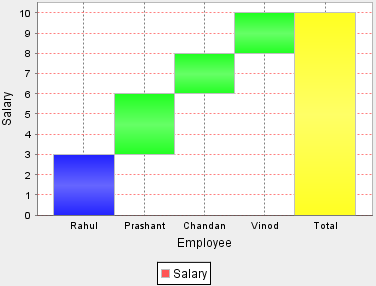 Practise in describing this graph. For example: Rahul started working as a program designer three months ago. Each month his salary is increasing compared with his initial one. He is at the beginning of his work career.